Anyone can be trained as a manager, but true leadership is a skill that comes from within. It’s not easy to motivate and inspire, and in the fast-paced industry of product marketing we could all use a little time to reflect and take stock of where we're heading. To help you along that journey of self-reflection, we’ve compiled a list of 100 leadership quotes to live by - tweet them out to your followers, add them to a LinkedIn post, emblazon them across an A3 poster of a bald eagle in flight, they’re yours to do with as you please.

So, pull up a chair, pour yourself a coffee and take a little inspiration from leaders past and present, all while enjoying a whimsical gif or two.

2. "If your actions inspire others to dream more, learn more, do more and become more, you are a leader." - John Quincy Adams

3. "Innovation distinguishes between a leader and a follower." - Steve Jobs

4. "Leadership and learning are indispensable to each other." - John F. Kennedy

8. “The challenge of leadership is to be strong, but not rude; be kind, but not weak; be bold, but not a bully; be thoughtful, but not lazy; be humble, but not timid; be proud, but not arrogant; have humor, but without folly.” - Jim Rohn

9. “Leadership is about making others better as a result of your presence and making sure that impact lasts in your absence.” - Sheryl Sanberg

11. “As a leader, I am tough on myself and I raise the standard for everybody; however I am very caring because I want people to excel at what they are doing so that they can aspire to be me in the future.” -  Indra Nooyi

13."Forget about the fast lane. If you really want to fly, just harness your power to your passion." - Oprah Winfrey

14. "Leadership is the art of giving people a platform for spreading ideas that work." - Seth Godin

15. "No man will make a great leader who wants to do it all himself, or to get all the credit for doing it.” - Andrew Carnegie

16. "The way management treats associates is exactly how the associates will treat the customers.” - Sam Walton

17. “Don’t be intimidated by what you don’t know. That can be your greatest strength and ensure that you do things differently from everyone else.” - Sara Blakely

18. “Leaders aren’t born, they are made. And they are made just like anything else, through hard work. And that’s the price we’ll have to pay to achieve that goal, or any goal.” - Vince Lombardi

19. “Leadership is the ability to guide others without force into a direction or decision that leaves them still feeling empowered and accomplished.” - Lisa Cash Hanson

20. “If your actions create a legacy that inspires others to dream more, learn more, do more and become more, then, you are an excellent leader.” - Dolly Parton

21. “The two most powerful warriors are patience and time…so remember: great achievements take time, there is no overnight success.” - Leo Tolstoy

22. “Management is nothing more than motivating other people” - Lee Lacocca

23. “A leader is best when people barely know he exists, when his work is done, his aim fulfilled, they will say: we did it ourselves.” - Lao Tzu

24. “The best executive is the one who has sense enough to pick good men to do what he wants done, and self-restraint enough to keep from meddling with them while they do it.” - Theodore Roosevelt

26. When you put yourself in the other person's shoes, you can see that the person critiquing you is merely trying to help.” - Fran Hauser

27. “Leadership is not a matter of talking but a manner of walking.” -  Janna Cachola

28. “A person who never made a mistake never tried anything new.” - Albert Einstein

32. "He who has great power should use it lightly." - Seneca

33. “Leadership is the art of giving people a platform for spreading ideas that work.” - Seth Godin

35. "If one is lucky, a solitary fantasy can totally transform one million realities." - Maya Angelou

36. “Increasingly, management’s role is not to organize work, but to direct passion and purpose.” - Greg Satell

37. Any idiot can point out a problem … A leader is willing to do something about it! Leaders solve problems!” - Tony Robbins

38. "I suppose leadership at one time meant muscles; but today it means getting along with people." - Mahatma Gandhi

40. "Anyone can hold the helm when the sea is calm." - Publilius Syrus

41. "You get the best efforts from others not by lighting a fire beneath them, but by building a fire within." - Bob Nelson

43. “A leader is someone who creates infectious enthusiasm.” - Ted Turner

44. "The most common way people give up their power is by thinking they don't have any." - Alice Walker

45. "If you want to lift yourself up, lift up someone else." - Booker T. Washington

46. “A real leader faces the music even when he doesn't like the tune.” - Arnold H. Glasgow

47. "The real leader has no need to lead - he is content to point the way." - Henry Miller

48. "A good leader can't get too far ahead of his followers." - Franklin D. Roosevelt

49. "Leadership has a harder job to do than just choose sides. It must bring sides together." - Jesse Jackson

50. "You get the best efforts from others not by lighting a fire beneath them, but by building a fire within." - Bob Nelson

51. "I must follow the people. Am I not their leader? - Benjamin Disraeli

52. "The first responsibility of a leader is to define reality. The last is to say thank you. In between, the leader is a servant." - Max DePree

53. “Leadership is the capacity to translate vision into reality." - Warren Bennis

54. "You do not lead by hitting people over the head - that’s assault, not leadership.” Dwight D. Eisenhower

55. “Never doubt that a small group of thoughtful, concerned citizens can change world. Indeed it is the only thing that ever has.” - Margaret Mead

57. “He who has never learned to obey cannot be a good commander. - Aristotle

58. “Would I rather be feared or loved? Easy – both. I want people to be afraid of how much they love me." - Michael Scott

59. Ninety percent of leadership is the ability to communicate something people want.” - Dianne Feinstein

60. “I start with the premise that the function of leadership is to produce more leaders, not more followers.” - Ralph Nader

61. "Leaders don't force people to follow - they invite them on a journey." - Charles S. Lauer

62. "Anyone can hold the helm when the sea is calm." - Publilius Syrus

63. "Keep your fears to yourself, but share your courage with others." - Robert L. Stevenson

64. "Our chief want is someone who will inspire us to be what we know we could be." - Ralph Waldo Emerson

65. “A great person attracts great people and knows how to hold them together.” - Johann Wolfgang Von Goethe

66. “You don't lead by pointing and telling people some place to go. You lead by going to that place and making a case.” - Ken Kesey

67. “So much of what we call management consists in making it difficult for people to work.” - Peter Drucker

68. “The challenge of leadership is to be strong, but not rude; be kind, but not weak; be bold, but not bully; be thoughtful, but not lazy; be humble, but not timid; be proud, but not arrogant; have humor, but without folly.” - Jim Rohn

69. “A man who wants to lead the orchestra must turn his back on the crowd.” - Max Lucado

70. “Do what you feel in your heart to be right–for you’ll be criticized anyway.” - Eleanor Roosevelt

71. “Education is the mother of leadership.” - Wendell Willkie

72. “He who has learned how to obey will know how to command.” - Solon

73. “A true leader always keeps an element of surprise up his sleeve, which others cannot grasp but which keeps his public excited and breathless.” - Charles de Gaulle

75. “Don’t tell people how to do things, tell them what to do and let them surprise you with their results.” - George S. Patton Jr.

76. “Don’t waste your energy trying to educate or change opinions; go over, under, through, and opinions will change organically when you’re the boss. Or they won’t. Who cares? Do your thing, and don’t care if they like it.” - Tina Fey

77. “It is better to lead from behind and to put others in front, especially when you celebrate victory when nice things occur. You take the front line when there is danger. Then people will appreciate your leadership.” - Nelson Mandela

78. “Leadership is a potent combination of strategy and character. But if you must be without one, be without the strategy.” - Norman Schwarzkopf

79. “I had no idea that being your authentic self could make me as rich as I’ve become. If I had, I’d have done it a lot earlier.” - Oprah Winfrey

80. “I have no special talents. I am only passionately curious.” - Albert Einstein

82. “It is not the strongest of the species that survive, nor the most intelligent, but the one most responsive to change.” - Charles Darwin

83.“My father had a simple test that helps me measure my own leadership quotient: When you are out of the office he once asked me, does your staff carry on remarkably well without you?” - Martha Peak

85. “Storytelling is the most powerful way to put ideas into the world today.” - Robert McKee

86. “The best leader is the one who has sense enough to pick good men to do what he wants done, and the self~restraint to keep from meddling with them while they do it.” - Theodore Roosevelt

87. “The greatest leaders mobilize others by coalescing people around a shared vision.” - Ken Blanchard

88. “The leadership instinct you were born with is the backbone. You develop the funny bone and the wishbone that go with it.” - Elaine Agather

90. “There is no persuasiveness more effectual than the transparency of a single heart, of a sincere life.” - Joseph Berber Lightfoot

91.“To have long term success as a coach or in any position of leadership, you have to be obsessed in some way.” - Pat Riley

92. “You are not here merely to make a living. You are here in order to enable the world to live more amply, with greater vision, with a finer spirit of hope and achievement. You are here to enrich the world, and you impoverish yourself if you forget the errand." - Woodrow Wilson

93. “Your most unhappy customers are your greatest source of learning.” - Bill Gates

94. “You gain strength, courage and confidence by every experience in which you really stop to look fear in the face. You must do the thing you think you cannot do.” - Eleanor Roosevelt

95. “Not the cry, but the flight of a wild duck, leads the flock to fly and follow.” - Chinese Proverb

96. “One of the tests of leadership is the ability to recognize a problem before it becomes an emergency.” - Arnold Glasow

98. “There are three essentials to leadership: humility, clarity and courage.” - Fuchan Yuan

99. “The supreme quality of leadership is integrity.” - Dwight Eisenhower

100. “A leader is best when people barely know he exists, when his work is done, his aim fulfilled, they will say: we did it ourselves.” - Lao Tzu 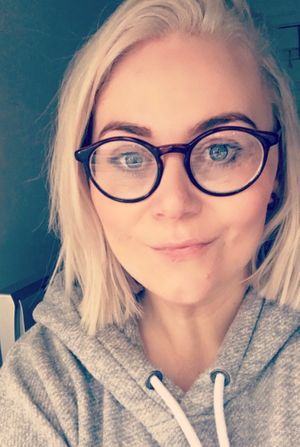 Emma is a Manchester-based freelance writer. She's been writing for as long as she can remember, and in the last few years predominantly about product design.