The great Marketing debate of our time has seemed to boil down to “Growth Marketing” vs. “Brand Marketing”. To anyone frequenting the various Medium articles and Substacks, it would seem fairly clear “brand” is dead. It’s always been a false dichotomy though, and as students of marketing history know, what is dead can never die. Brand-as-king has returned.

I’m a student and advocate of quantitative, loop-driven growth/performance Marketing. However, one of my strongest-held contrarian beliefs is that today’s marketing landscape has overcorrected too far away from the classical marketing discipline of branding, particularly within the tech world. So today, I’m going to attempt to explain the story of how brand-building fell by the wayside, and why it deserves more of your focus in today’s world.

It starts with digital commoditization.

The Digital Big Bang : Branding backlash was first triggered by a unique event, which is already degrading

Prior to the digital world, there weren’t many channels marketers could use to reach consumers. Print, radio, TV, OOH… Every company was competing on the same channels, in largely the same creative formats. This competition over few channels forced marketers to work hard to ensure their brand’s positioning and message was compelling enough to both get noticed by rising above the noise, and convince consumers to act on it. The battleground wasn’t where you told your story, but how well you told it.

Then came the internet, and with it, an explosion of new channels (or, at least, new versions of channels that have always been around, like direct-response advertising). Things like email, display, search, social, and blogging brought with them countless arbitrage opportunities for cheap (sometimes even free!) acquisition, especially during the initial web/mobile landgrab. There was so much untrodden soil online, that where you told your story became important. Even just a basic level of platform expertise allowed you to deliver huge returns to your company, and the best part was that for the first time ever, you could directly justify your existence as a marketer by demonstrating exactly how many dollars or users you brought in. Who needed fluffy-sounding (and hard-to-measure) marketing fundamentals when there were so many cheap users to be had, just by clicking the right buttons? Thus, most tech marketers threw out their strategy/brand toolkit, and focused on building a tactical/digital one.

Unfortunately, we marketers can’t have nice things. As we know from Andrew Chen’s law of sh***y clickthroughs…

Over time, all marketing strategies result in sh***y clickthrough rates.

New channels are great at first, but quickly degrade as they become saturated. It took a while for this to happen on digital. This is because originally digital operated as if it were a near-limitless number of new channels, because there was so much open space and heterogeneity of formats and audiences within digital properties (think: TV stations vs. “TV”, but with each station hosting its own completely separate audience and ad format). However, lately digital channels have consolidated, leading to the law of sh***y clickthroughs finally starting to impact the collective digital channel. This is causing the skill sets associated with individual digital sub-channels, such as Facebook advertising to become commoditized.

Facebook and Google now control over 70% of all digital advertising. Everyone is buying on these platforms, meaning you’re paying more for less, and the skills to do so are much easier to find. Digital acolytes like to point to rising overall spend as a positive trend indicator, but choose to ignore dynamics such as search spend rising 42% over two years, yet actual site visits from search ads rising only 11% over the same period. Similar phenomena appear across the digital landscape, for example, content marketing has long been at risk of a dangerous inflection point.

New channels will eventually emerge (my very-long-term bet is on VR/AR), but channel explosions of comparable impact to TV and the web are historically once-in-a-generation events, so it may be a while. Until then, we’re going to see a renewed focus on crafting powerful, well-positioned brands with great creative, because that’s how you stand out within saturated channels.

Self-Branding:  Branding backlash was amplified as a marketing tactic by those who stand to gain from its “death”

An unfortunate side effect of the emergence of content marketing, is that it allowed a lot of people/companies largely unqualified to speak on marketing fundamentals such as positioning and branding, to SEO themselves into positions as “experts” on marketing as a whole. We’re in the era of easy self-promotion, and most of the people trumpeting the death of brand both stand to profit from its death, and (the more egregious offense), don’t understand what brand even means.

The tech world’s grasp of brand is dodgy at best, as evidenced by the number of companies who consider their PR person or their designer as the one leading “brand” for the company. So, let me help you out with my own definition…

Your brand is the perception of your product/company as it exists in the hearts and minds of your customers. It is the sum of ALL your attributes — product function, customer experience, message, aesthetic, and voice.

Brand’s detractors generally conflate brand marketing with things it’s not: traditional media, PR, or visual identity. These are executions of a brand, not its essence. Brand marketing is not a set of activities/tactics, it is the strategic act of identifying or defining what position your company/product occupies in consumers’ minds, and reinforcing it. As a result, these detractors love to trumpet things like rising digital ad spend vs. decreasing TV market share as an indicator of brand’s death (which is flawed in general, because overall TV spend has been increasing or flat in recent years — up 1% in 2018). Or, they love to say brand isn’t measurable (it is). This is all wrong.

It’s no surprise that most of the authors of articles proclaiming brand, traditional marketing, storytelling, etc. “dead” are individuals or agencies whose expertise happens to be in some area of digital performance marketing. Or conversely, a digital advertising platform itself. See, the thing is, digital marketing is generally a good tool for direct acquisition, but not so hot for building brand awareness or affinity. Thus, it’s in their best interests to convince you that your brand really doesn’t matter, and rather than invest your time and dollars in building a better brand, you should dump them into acquisition on their channel. It’s funny, because often what they’re promoting in lieu of brand, is a concept they’ve heavily-branded (“content marketing”, “growth hacking”, etc.). Thanks to the magic of confirmation bias and the inherent belief among most technical folks that brand is just fluff, it leads to many tech companies wrongfully downplaying, or even rejecting, branding’s importance.

Brand’s Rebirth:  Great growth hacks get you going, but great branding births Unicorns – you need both

The reason products succeed can pretty much be boiled down to “a uniquely positioned product which effectively meets customers’ needs at an acceptable price point, being presented via a clear, resonant, and differentiated message”. It’s common for technical marketers to point to clever growth hacks as the secret to success behind today’s great tech companies. However, if you look a little deeper, you’ll see incredibly compelling brands at work.

Growth marketers love to talk about Airbnb’s early notable tactics: cross-posting listings to Craigslist, and having professional photographers photograph hosts’ homes. The latter was really a branding move — professional photos improved product quality, trust, brand aesthetics. The former was a great tactic which they used some clever technical work to accomplish. Once distributed on Craigslist though, they had to get users to both book, and return for repeat bookings. Why wouldn’t those users still keep using Craigslist as their default travel booking site? Because Airbnb had a better brand position — it was a better customer experience, at a better value, and had a positioning/story which resonated with customers (more authentic, less expensive travel experiences).

Uber and Lyft are another pair of success stories. (Former) CEO Travis Kalanick probably describes the reason for their early success best: “In the beginning, it was a lifestyle company. You push a button and a black car comes up. Who’s the baller? It was a baller move to get a black car to arrive in 8 minutes.”. It was an incredibly powerful brand position relative to cabs, which tapped into an emotional need for exclusivity and status. Lyft emerged shortly thereafter, noticing an opportunity in the market for an oppositional brand story as the more friendly alternative to Uber, expressed originally through their playful pink car-moustaches. Both companies are frequently lauded for their data-driven growth tactics (rightly so), but people used them over competitors like Flywheel because their brands were stronger from both a message, and customer experience standpoint.

For how “unimportant” brand is considered in today’s tech world, isn’t it a little odd that Google is consistently chosen over Bing, Apple chosen over HTC, Uber chosen over Lyft, and Airbnb chosen over Homeaway? Brand never died, it just lost the spotlight, and started pulling the strings from behind the scenes. 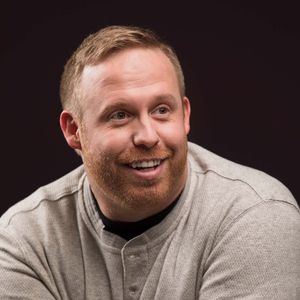 Derek is an entrepreneur who has led marketing in corporate VC, startups, and at PlayStation. Recently, as an early hire leading Product Marketing, he helped scale Rippling to 8 figures in ARR.

Product Marketing Alliance
—
Growth killed brand - but how dead is it?