It’s the most dubious phrase that comes from our teams.

Because if they have enough pull, we can spend hours building an idea that makes sense to that person, or even internally, and do nothing to the marketplace.

I’ve seen it a ton of times in my career, someone swears they have a genius project, and bang, soon enough there is 300 hours into something that has a 2% usage rate.

Uh oh, and back to the drawing board.

As marketers, it is our job to understand the market and in some respects, save our teams from making the mistake of building what they swear is right when the market will eat it and spit it out.

That is where no code MVPs make sense.

Today, we are going to talk about what No Code MVPs are, how do you leverage them in the wild, and how to talk to teams to make sure you get to use it first.

What is a no-code MVP?

There are three things to consider when talking about a no-code MVP:

Put them together, and you have a No-Code MVP.

Now, you need to build something that allows you to test your hypothesis. The simplest way I’ve seen this done is a landing page. These days, it seems like all email service providers have internal landing page creators, so pick yours and rock and roll.

The writing on the landing page, as well as any supporting documentation and materials (I like to write a fake blog post to help get my thoughts down) should focus on the hypothesis.

Now, we’ve built something that collects emails. Who should we send them to?

It depends on your appetite for risk. If you like a controlled population, look at your “beta” users - these are folks that you or your team has already predetermined enjoy the cutting edge features. Set a success rate and go for it.

If you don’t have a population set aside, or you don’t mind spending some money, you can leverage Facebook.

Facebook has some great tools to create lookalike audiences, and if you are comfortable with them having that data, you can extract your customer list to build a lookalike audience that excludes your current customers. This method may be good if the something new is completely different than your current offering.

If you have success metrics set up, after a set amount of time, see if they match up. If they don’t you can feel comfortable that this isn’t something they want.

If they do, now it’s time to talk to these customers. Don’t know how? Well, I have another article for that right here that will help guide you.

Talking to your team

Now that you have the data you need, you’ll need to present to the team.

Talk to your stakeholders, present the data, and if this is the first time you’ve done this, take the time to tell them about the process.

Remember the why - your no-code MVP is designed to save other teams time and get them back to working on things that are impactful.

You’ll have plenty of data, from potential polling to quotes to help make a decision on whether to move on. Use it to sell your case to those stakeholders.

No Code is the Way To Go

With enough time in tech, you’ve sat in a room with a team that had a similar experience to thought exercise that led this article.

I haven’t met a professional yet that doesn’t like to have everything they work on sit on a shelf. No one likes to waste the money, momentum, and more importantly time it takes to get something out the door.

Leverage that No Code MVP to save your company time and money, and as a bonus, build some trust along the way. 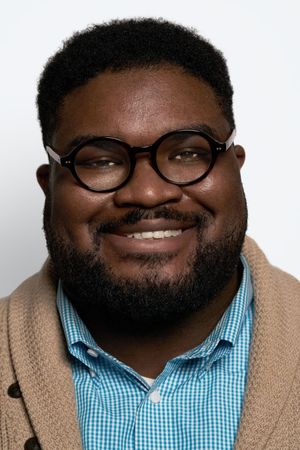 Adam Thomas is a PM expert, speaker, coach, and the creator of the Survival Metrics framework for product teams. Get his biweekly free product coaching on Substack: https://theadamthomas.substack.com

Product Marketing Alliance
—
How to create a Minimum Viable Product (without code!)