As we kick off a new year, we are yet to rid ourselves from the challenges of its predecessor. Though a glimmer of hope is on its way thanks to the brilliant work of scientists who have produced treatments and vaccines in record time.

It’s understandable that companies most affected by the pandemic are turning their attention to what the future looks like. But as we navigate these uncharted waters, how you present your product to your consumers matters now more than ever.

Someone who quite literally is having a bumpy landing as of late in this department, is budget airline Ryanair. Recently, they launched their new ‘Jab and Go’ advert. It certainly had an effect. But was it the effect they intended? The campaign correlated vaccinations directly to bookings as a pre-condition to travel, with a call to action to book now. The media and weary consumers are understandably voicing their very mixed opinions.

In this blog, I will discuss the virtues of committing your position early in unprecedented times and whether Jab and Go is really Jab or No, from a consumer-orientation perspective.

Consumer-orientation, sentiment and empathy should be at the heart of your position and messaging.

For the life of me, as a trained and experienced marketer myself, I am struggling to see what the consumer insight driving this proposition is. Did Ryanair conduct a bunch of research and discover somehow that 80% of travellers would book now if you somehow could reassure them it was safe with a vial from Pfizer as their hero?

Looking at the ad, I seriously doubt it. In fact, the campaign is measuring a whopping 71% in negative sentiment according to data from the #1 digital intelligence consumer platform, Brandwatch with the top emotions around the campaign all being negative, anger (39%) and disgust (32%) topping the list.

Overall negative sentiment around Ryanair in general, that is, since the campaign launched, has grown by 399%. A massive swing that’s rarely seen.

And it all smacks of desperation from the airline's point of view to get you to book anything to anywhere, just book it now (please). After all, they need to pay for the 75 new Boeing 737-Max’s they just ordered somehow.

Now, I am not belittling the overwhelming challenges the travel industries are enduring, but they are not the only ones. How many actors and musicians have had their lives left in tatters? All being told to retrain, despite the creative industry contributing £111bn to the economy?

There are many that are unfortunately far worse off, but Ryanair has succeeded in making a previously successful business look so desperate but critically, out of touch with their customer base.

The great dispersion of revenues from fixed to flexible lifestyles takes no prisoners as overseas vacations get turned into staycations.

Please return to your seats

In these times, those who can should reassure those who need it and that includes businesses.

Yet if ‘Jab and Go’ is meant to reassure, then I think Ryanair got it horribly wrong. Ryanair has reactively claimed that this is a pure ‘celebration of the fact that vaccines are coming’ and that they themselves are not mandating vaccination to book a flight.

Only the message in the actual consumer-facing ad tells a different story.

The basic orientation for the proposition is a banal and crass sales pitch to book tickets and that the vaccines are your ‘freedom pass’ and a prerequisite to book. This proposition is fraught with so many issues, I simply could not list them all here but here’s a couple to mull on.

Only Rows 1-10 present for boarding at this time

Here is the issue Ryanair cannot overlook: policy is not yet decided, and you are not a government.

We now know that consumer sentiment online has largely been very negative to this ad. Reason being that a company such as Ryanair (or in fact any company) has no legislative right to decide what international travel policy in the current climate should be.

We had a mini-preview with Qantas announcing their intentions for international travellers. But where Ryanair took it was beyond an announcement, they turned it into a commercially focused sales campaign.

We are a long, long way from governments and international health authorities from deciding policy. It’s wrapped up in near-infinite complexity. But here’s the consumer-oriented point: it’s not your job to decide policy and then try to sell tickets on the back of it. It’s the responsibility of International governments, health and aviation authorities.

There are good reasons why nearly all airlines have a wait-and-see policy on this.

Raw emotive subjects are like playing with fire for marketers. The current vaccination outlook has to be seen overall as a rare positive in an otherwise miserable era for most. But it’s not the knight in shining armour as Ryanair might have us believe.

They do not stop transmission. There’s no foreseeable plan in 2021 for under the 50s to have access to it (certainly in the UK) and it’s right we should prioritise the most vulnerable. Certainly, for the next six months or so, only people 65-85+ will be offered vaccination.

Yet, data from Ryanair’s media card(2) and external branding(3) sales pitch shows that 70%+ of their customers are 25-45 years old. And the company is targeting growing their family customer base beyond the 20% share of its business. Ryanair’s existing customer base is not currently eligible for vaccines.

In fact, if you dig a little deeper, the Ryanair customers actually eligible for a ‘Jab and Go’ (65 years and above) only account for 3.47% of their annual customers.

This then begs the marketing question. Did they miss their target audience for a short-term sales activation campaign?

Yet the budget airline has positioned vaccines as if they solve all problems to all people, and therefore you should just book a ticket now. Simply put, this is a gross misrepresentation of the scientific benefits and advancement in exchange for commercial gain. It ignores what is a very complex logistical, emotional issue into a binary decision and targets the wrong people eligible for potential benefit.

It’s simply out of step with public sentiment and opinion.

It’s being perceived as such by many consumers and the quality media. Just do a Google search for ‘Ryanair Jab and Go’ and you will see what I mean.

Usually being first to do something is a major advantage. Creating a new category, technology or being first to transition to something new. We learn as trained marketers from the seminal book on positioning by Ries/Trout that it’s important to be first in something in the prospect's mind and that the rest of us are ‘cherchez le creneau’ (looking for the niche).

Yet, being first in this regard in taking such a position may not yield such an advantage. Is the metric of success simply more bookings? Surely, there’s much more colour to this than just sales?

What will the longer-term effect on the Ryanair brand be? Did they just get the sentiment of their consumers wrong? By being first to advertise ‘policy’ and be remembered for it playing against them?

Ryanair appears to have broken the first rule of consumer-orientation, which is ‘you are not the customer’.

The crux of policy needs to be developed and implemented by policymakers. Last time I checked; Ryanair did not have an elected representative in the UK Houses of Parliament.

Miscalculating consumer sentiment and real policy practicalities are at the heart of this. We have to ask ourselves if Ryanair measured this effectively in advance of choosing to sell flight tickets on the back of having a vaccine. A vaccine that is currently unavailable for their target audience.

They conveniently didn’t tell you that of the four sunny destinations they cite in the advert, all of them will require you to serve a mandatory period of self-isolation, wiping out most of your time on holiday, even if you have been vaccinated.

You can easily argue that at best, this campaign is ill-timed, in poor taste and ill-informed. Given that at the time of writing, there's currently 1,600 official complaints with the UK's Advertising Standards Authority (ASA)(4), there will be an authoritative adjudication to whether this communication was misrepresentative.

Expect the wait-and-see position from all other airlines to continue through 2021, with good cause. I’ll wait to see what position British Airways takes. And various real authorities.

Stay Safe. Look after one another.

Product marketing is and always will be a customer-centric role. A core part of your job is to value the voice of the customer and advocate for their wants, needs, and pain points. It’s your responsibility to make them feel heard. Therefore, customer marketing is an integral part of what you need to do to ensure that you’re staying true to this.

The Customer Marketing Certified: Masters course has been designed to give you invaluable, practical insights into streamlining your customer marketing approach so that you can ensure that:

So what are you waiting for? 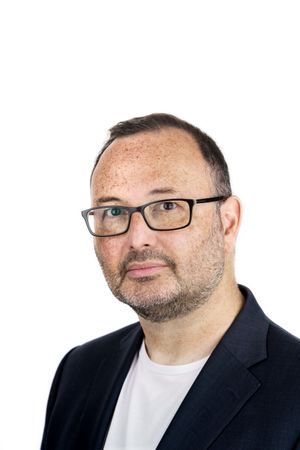 With over 25 years in senior Product Marketing roles for companies such as Virgin, Microsoft, Kaspersky and Seiko Epson, I help businesses of all sizes find the true value of their product or service.

Product Marketing Alliance
—
Is Ryanair’s ‘Jab and Go’ advert a ‘Jab or No’ for consumer orientation?