I’ll be completely honest, I’m a closet nerd. To my friends and colleagues, I may appear to be a mature, put-together 30-something with a steady job, house, two kids, and a happy marriage, but on the inside, I’m a video game-playing, comic book-reading, movie and television-binging nerd.

While some people may look at that and see a textbook case of arrested development, I look at it and see an opportunity to escape into a world where the problems of day-to-day life and responsibility (and more recently, pandemic living) disappear, even if briefly.

Funnily, or strangely, enough, I also see an opportunity to learn. There’s so much entertainment and media can teach us, not just about the mediums and messages they leverage and communicate, but about personal and professional matters too. Don’t believe me? I get it. When I came up with the idea for this article, I was skeptical at first too, but when I started taking a closer look at the various types of media I consume, and one behemoth franchise in particular, I found a wealth of lessons to be learned, including:

What better way to connect two things I’m passionate about, than to take a look at what we can learn from looking at one of those things (the Marvel Universe) through the unique lens of the other (product marketing).

With that in mind, I’m going to dig into what the Marvel Cinematic (and expanded) Universe (MCU), can teach product marketers. Sound like a stretch? Trust me, it’s way less of a stretch than Reed Richards’ limbs may suggest (I told you I’m a nerd).

All right, with that out of the way, let’s dive in.

Lesson 1: Making use of persona-based positioning

The concept of persona-based positioning was really ingrained into my brain recently while completing the Personas Masters from the Product Marketing Alliance (side note: this is a fantastic course and I can’t recommend it enough). In the module on Persona Use Cases, specifically, how product marketers can and should leverage them, Emma Stratton, Founder & Chief Strategist at Punchy, gave an example of persona-based positioning that really resonated with me.

Join Mark in getting Personas Certified 👇

Now, if we take a look at the Marvel Cinematic Universe, we can see how the brain trust at Marvel leverages persona-based positioning with its hero and movie selections. At the primary, top-level, the MCU can be positioned as hero-based storytelling in an enthralling, expansive, and shared multi-movie universe. This positioning immediately resonates with Marvel’s primary audience (or persona), fans of Marvel superheroes, as well as secondary audiences like fans of big-budget films and fans of expansive storytelling.

If we go even further, and look closely at the specific heroes and films Marvel selects to be a part of the MCU, we can see persona-based positioning at play. Knowing that personas can be based on a variety of things, including demographic characteristics like age, education, ethnicity, nationality, and gender, let’s consider four heroes and films: Black Panther, Shang-Chi, and Captain Marvel. Each of these heroes, and subsequent films, are largely popular with Marvel’s primary persona and fit within the primary, top-level position of being hero-based, enthralling, expansive, and part of the shared universe.

At the same time, Marvel has done a fantastic job of producing films based on these heroes that resonate even more closely with other personas, with slightly different positions:

Fun fact: I actually went to school and took classes with the actor who will star in the upcoming Shang-Chi movie, Simu Liu! I doubt he remembers me at all, but when I knew him, he was a great and genuine guy who wanted to pursue a career in accounting (seriously).

Part of the reason these characters and movies are (and will continue to be) so successful is because Marvel ensures they choose the right people to bring these characters,  cultures, and unique voices to their projects. In other words, they ensure their positioning not only resonates with their respective target personas, but that the positioning itself is genuine and authentic.

Lesson: In short, much like the MCU, Product Marketers can, and should, leverage persona-based positioning that is genuine, authentic, resonates with their target persona, and is cohesive with their company’s primary, top-level positioning.

Lesson 2: The importance of telling a cohesive story

With the MCU, Marvel has set a new standard in story-telling. With twenty-plus films, and several upcoming streaming-based shows, the MCU is a testament to the power of telling a cohesive, cross-media story.

The MCU’s first three 'phases’ spanned twenty-three films and told the story of the Infinity Saga. Despite these films spawning their own sequels and trilogies and being written and directed by a diverse team of talented creatives, the Infinity Saga told one cohesive tale: the emergence and teaming up of superheroes to take down a common enemy, Thanos, hell-bent on wiping out half of the universe’s living beings.

With the release of the Disney+ streaming service, Marvel kicked off ‘Phase 4’ of the MCU with their new show WandaVision, which will set up an even larger story spanning even more movies and shows. Talk about a lot of moving parts!

Arguably, a portion of the success of the MCU can be attributed to Disney and Marvel entrusting it to the care of one person and their creative team, Kevin Feige. At the same time, as mentioned earlier, Kevin entrusts the shared vision of the MCU to the very talented and diverse creative directors, each (ideally) representing the audiences they hope to connect with.

Lesson: No matter what medium you choose to tell your product’s, service’s, or company’s story, position, or message, it must be consistent. If a prospective customer interacts with a digital ad, goes to landing page, receives an email as part of a larger campaign, or receives a phone call from a sales rep, they need to be hearing the same cohesive story, even if it’s being told in different formats, at different times, with a slightly different ‘hero’.

Fancy a lesson in The Science of Product Storytelling? Join us. 👇

Lesson 3: Know when to evolve

The MCU is entering its newest phase, its first post-Infinity Saga phase. As a result, the creative teams behind the MCU are ushering in its newest evolution, one that includes new heroes, new mediums, and of course, new stories. This phase introduces the first use of the Disney+ streaming platform for television-based and short-form stories, all of which will tie in some way to the larger MCU.

With the emergence of streaming content as one of the primary ways people prefer to consume entertainment, Disney and Marvel are hoping to leverage Disney+ and new MCU-adjacent stories as a way to not only acquire new subscribers, but also to spread the Marvel fandom, hopefully leading to a bump at the box office (once movies are released on the silver screen again, hopefully soon).

You could also view this evolution as an attempt to ward off competition from an increasingly crowded entertainment space, as more and more film studios and entertainment companies are launching their own streaming service, following in the incredibly successful footprints of Netflix, Amazon Prime, and Hulu.

At the same time, they are being careful to use this new medium as a way to complement the existing MCU, meaning fans of the movie franchises won’t feel as though their movie watching experience is being negatively impacted should they choose to skip the streamed content. Striking this balance is a great way for Marvel and Disney to expand into potential new audiences (subscribers to Disney+ who have not yet watched the MCU films) without compromising or harming their existing ones.

At the same time, their most fervent MCU fans (me included) are that much more likely to seek out even more MCU-related content, which for Disney and Marvel, is the ideal scenario.

With this evolution, Marvel is ensuring a cohesive story is being told, through the tie-in and crossover nature of their movie and streaming content. Marvel is nothing if not a master of consistency and cohesion after all.

Lesson: As a product marketer, it’s crucial to be aware of marketplace trends, competitor behaviour, and ever-evolving customer preferences. When the time is right, your company and its product or services may need to evolve to stay relevant, retain existing or acquire new customers, or stave off competition. When the decision is made, be sure that your evolution is not too far a departure from what already works (unless a revolution is required to remain competitive), as doing so may alienate your existing customer-base, while confusing potential customers.

As outlined above, when looking for ways to improve or grow as a product marketer, inspiration can come from the unlikeliest of places. Even our most seemingly unrelated passions, can be analyzed through a different perspective to derive lessons. Like in the case of the MCU, there is a lot to be learned from the creative and entertainment space. More specifically, the MCU can teach Product Marketers three important lessons: 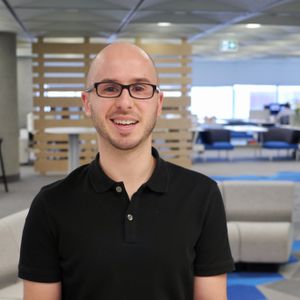 Mark is the current host of the Product Marketing Life podcast and a PMM at Jobber. He holds Honors & Masters degrees in business from the Ivey Business School at Western University.

Product Marketing Alliance
—
What product marketers can learn from Marvel